Not many concerts end with a knight of the realm leaving the stage in a witch’s hat. The fact that this Edinburgh Festival performance of Humperdinck’s Hansel und Gretel did conclude in such a way was an excellent symbol for the evening as a whole – whimsy, good humour and quality combined for a fantastic experience. Sir Andrew Davis, a veteran conductor of almost every internationally known orchestra and opera company on the globe, brought an obvious love of the work to his direction of the 136 musicians under his baton. His avuncular presence was the heart of this performance, clearly enjoying himself as he crafted an atmosphere simultaneously dramatic and intimate, sophisticated and childlike.

In this he was ably served by the talents of the Royal Scottish National Orchestra (RSNO). The orchestra brought a genteel delicacy to the evening, with Davis rarely letting them off the leash but instead coaxing more subtle textures which the RSNO made seem deceptively easy. From the enchanting warmth of the horns in the opening bars to the silvery strings at the end of the Abendsegenduet they conjured the perfect backdrop to the tale, able to change the mood on a pin when required. Excellent wind and brass brought the fauna and storms of the forest vividly to life, with some fine solo playing – the rich flute accompanying Gretel’s solo at the beginning of Act 2 stood out in particular.

The singers and the actors

With the RSNO providing the scenery, stage dressing and backdrop with their playing it fell to the soloists to present the story itself. Elizabeth DeShong and Laura Wilde played Hansel and Gretel respectively with incredible character. Clad in a summery dress and sparkly pumps, Wilde’s Gretel fidgeted girlishly alongside DeShong’s more pugnacious Hansel, setting the theatrical tone of the evening by projecting their characters with every gesture and expression. Despite the setting, they and their fellow soloists delivered a thoroughly operatic evening. Well matched in style and ability, the principal actors’ vocal performance was excellent. As characterful as their acting, their singing soared above the orchestra with an impressive dynamic range despite the overall intimacy of the tone and the stamina required for such demanding roles. The famous Abendsegen, in particular, was a study in close harmony, and a magical example of the oft heard piece.

Their rest of their cast also inhabited their characters well. Okka von der Damerau’s Mother, serious and worried, was paired well with the rich, weighty voice of Tomasz Konieczny’s Father. Later, Emily Birsan provided sweet comfort to the lost children as both the Sandman and the Dew Fairy, but in many ways the antics of Thomas Blondelle’s (unusually tenor) Witch stole the show whenever he was onstage – as any good villain should.

Rounding off the cast were the 12-16 year olds of the National Youth Choir of Scotland’s National Girls Choir, who seemed quite at home among the professionals as they delivered a sterling performance of disciplined, beautiful choral singing at the climax of the piece. All in all, it was a most enjoyable example of this beloved opera from the nursery, and a grand display of talent both international and local. 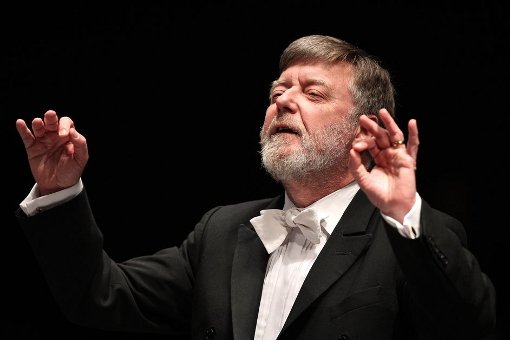